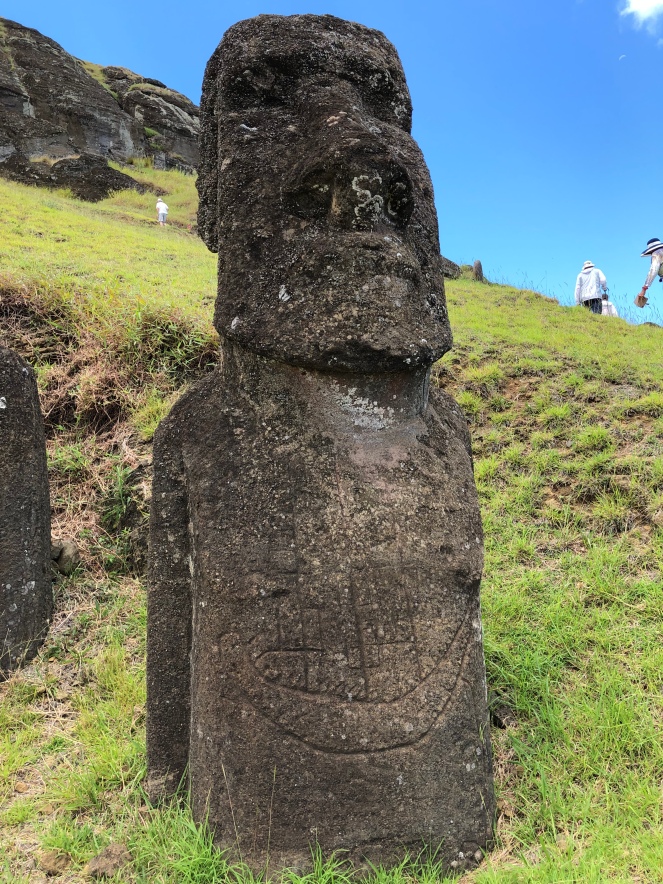 Having been to this UNESCO world heritage site thirty years ago, Sandy said that at that time only three or four of the Moai were standing. The others were lying down in place, like some in the second photo.

We learned that a number of people were not able to get off the ship on Easter Island, and we feel very fortunate to have seen this amazing place. At sea for the next five days, I will be learning bridge and singing. The music is challenging, but it is fun to learn it. Unfortunately, two sopranos quit today, making our already small section smaller.