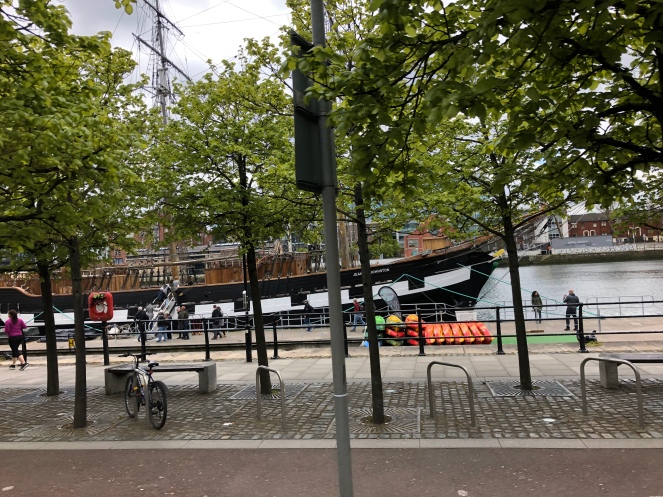 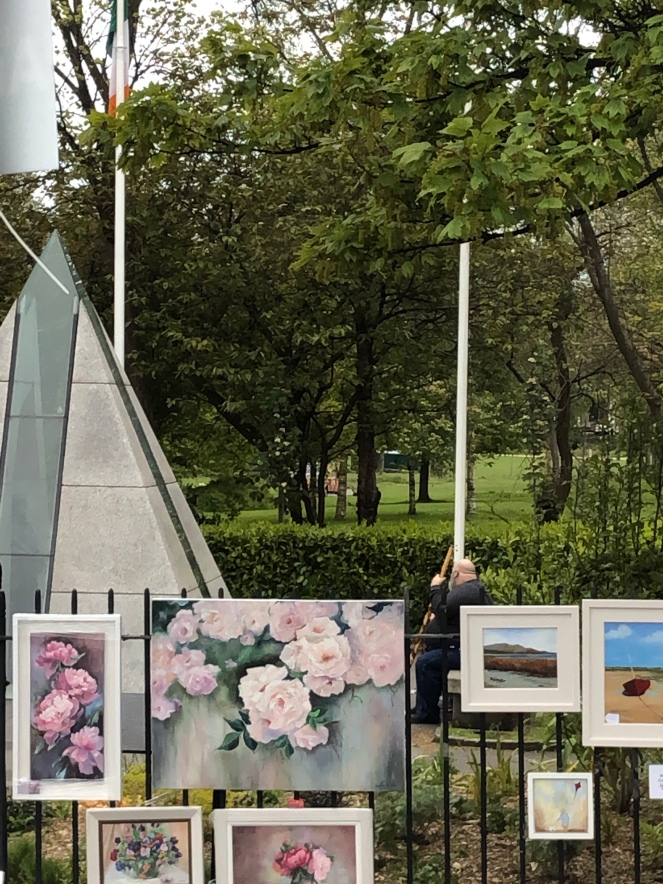 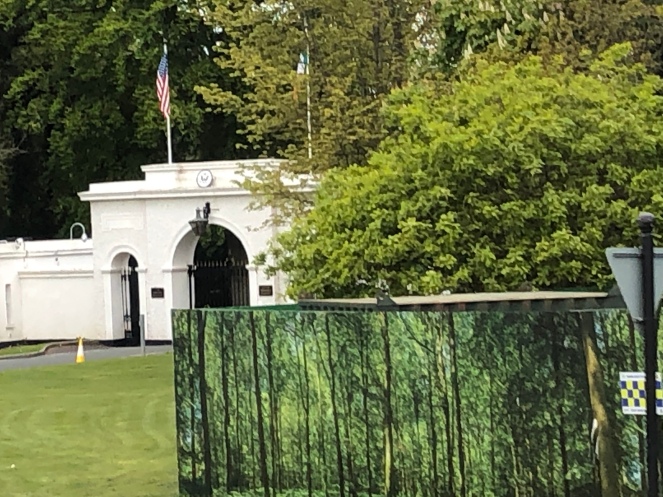 Yesterday, another beautiful day, we spent in Dublin. The first photos are from our bus tour of the city. Theviews along the Liffey River show a modern bridge, a sculpture memorial to the millions of Irish immigrants, and a model of the ship that made fourteen crossings without the loss of a single immigrant, emphasizing the dangers of leaving your homeland and the harshness of life that made them leave. We drove for miles past Phoenix Park. The fourth photo is a public part of the park with local artists showing their work outside. The fifth photo is the entrance to a part of the park that houses the US Embassy. The huge park also houses the home of the President of Ireland which looks very like the White House.

Our bus ride stopped at the GPO or general post office, where we experienced a vivid portrayal of how the Irish won their independence from The United Kingdom, beginning in 1916 with a week-long rebellion at the post office and ending with formation of the Republic of Ireland in 1922. Just up O’Connell Street we heard Irish folk tales and folk songs during lunch at the Old Music Shop.

From lunch we went to Trinity College for a tour of the campus and a visit to the old library where we saw two pages of the Book of Kells. Before seeing the book, we saw exhibits about how illuminated books were made. After seeing the book we saw the Long Room of the old library where books are filed according to size to protect the arches of the old building. I can’t imagine finding a particular book there, but the sight was impressive (shown below.)

The Book of Kells dates to around 750 AD and is a copy of the four gospels, done by four different scribes. The first and most celebrated page of the book is the Chi Rho page (shown below). Since I first saw one at the National Gallery in London, I have loved illuminated books, so this was a very special day.