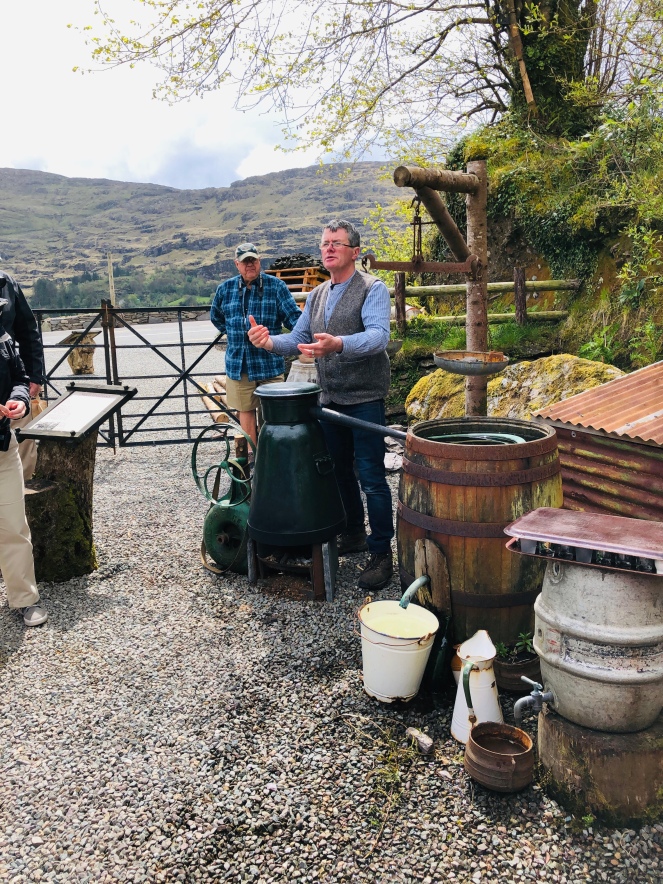 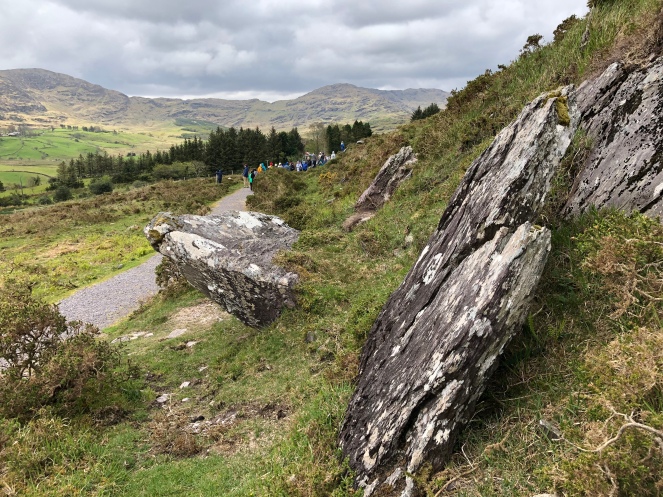 On Tuesday, we visited our last port before we land in Ft. Lauderdale, Bantry on the southwest coast of Ireland. Our excursion was a ride through the countryside (shown in the first photo) to Molly Gallivan’s Farm. Owned by distant relatives of Molly, the working farm preserves the way of life of the nineteenth century by keeping the stone cottage as it would have been when Molly lived in it with her seven children. Widowed at a young age, Molly survived by making an illegal poitin or whiskey called “Molly’s Mountain Dew.” When her relative demonstrated the process with her still (second photo with Bob Stimmel in background,) I was reminded of Eastern Kentucky where her more distant relatives lived much the same way with coal instead of peat.

The tour of the small farm showed a small vegetable garden, stables for two miniature donkeys, a duck pond, an orchard, a turf bog where peat was cut, and ruins of a second cottage where some of the family during the potato famine had lived and either died or emigrated. The peat was especially interesting to see and smell as they had some burning in the cottage fireplace.

Perhaps, the most interesting thing on the farm to me was the Neolithic Stone Row (third photo.) Large stones were arranged in such a way that the sun shines directly between them when it rises over a mountain top at the summer solstice. One of the lying stones also has marks that are believed to represent an eight month calendar with forty-five days to a month. This is dated to 3000 BC. While not as impressive as Stone Henge, it was still amazing to see out in the middle of the Irish countryside on private property. I’m on the last leg of this grand voyage now and look forward to being home.