Today began early when a beeping outside signaled our arrival in Trujillo, Peru at 3:26 this morning. I thought the beeping was my alarm clock, but I had two more hours of sleep before we prepared for the day’s adventures. First we visited a beautiful town square with excellent examples of colonial architecture, confirmed by the balconies and windows. A museum in one of the buildings on the square allowed us to see inside the colonial buildings for the first time. Typically they have several courtyards. In this particular one, we saw a room where Simon Bolivar had stayed on a visit to Peru. We saw samples of the first Peruvian paper currency which was made in Peru but used American paper.

After the colonial museum, we visted an archeological museum that had examples of artifacts from ancient indigenous people including the Moches (early Chimu’) from around 700 AD and the Chimu’s from 900 AD to 1463 when they were invaded by the Incas.

After a delicious lunch with a fish dish that tasted exactly like grouper fingers from Merrick Inn in Lexington, Kentucky, we visited a UNESCO world heritage site called Chan Chan. It reveals more of the way the Chimu’ people lived. The Chimu’ worshipped the moon and like the Incas, they practiced human sacrifice when they believed the gods needed to be appeased, such as after tsunamis or earthquakes. 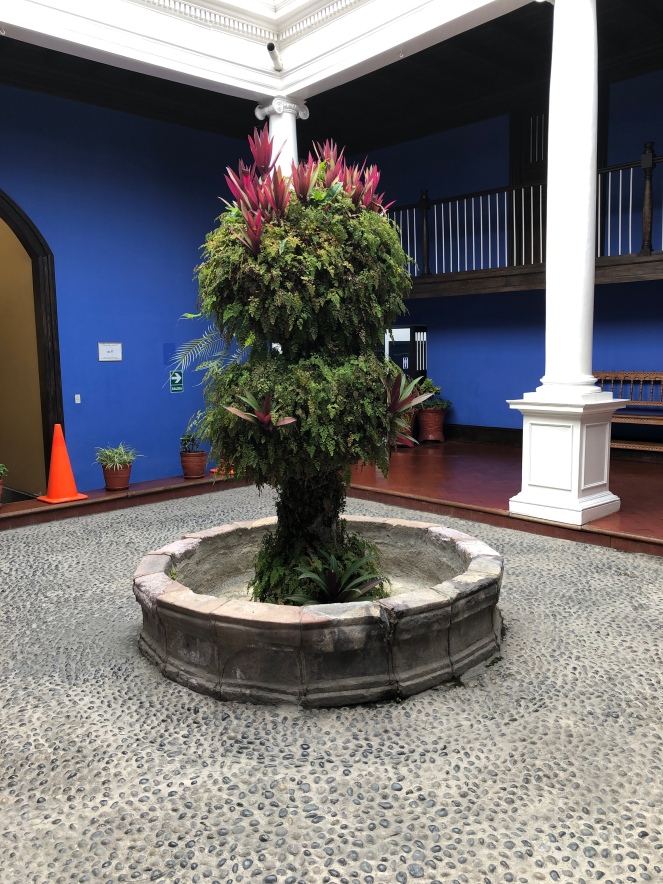